Did you know that you can record the content that appears on your computer display? This is a function of many smart devices, and is likewise one of those setup with Windows 10. With the feature, users can capture the media that displays on their device and save it as a video file. Pretty cool, right?

After this, you may be asking yourself, ‘How do I record my screen?’
Well, the action is surprisingly simple and easy to learn. As an essential component of any computer in this day and age, everyone should know how to screen record content on their Windows 10 devices like a pro. While some consider this daunting or too technical, it's really a simple function that anyone can master through learning the appropriate processes.

A screen recorder, sometimes called a desktop or system recorder, captures everything that appears on a computer monitor over a set period of time. This is a built-in function of Windows 10. The result of this recording is an AVI file that can be shared or posted to the internet.

Screen recording in Windows 10 is useful for many purposes. It's great for creating game playthrough videos, tutorials, sharing bug reports with support teams and more.

Among the setbacks of recording long bouts of screen activity is that it requires a lot of storage space on your computer to complete, since each AVI file will be several gigabytes in size when finished. You can reduce the file size of screencast videos by compressing them with a high-quality codec.

This tutorial is for Windows 10 users who are new to screen recording. It will detail how to screen record on windows 10, and the processes through which to do it. That being said, it's recommended that you have some basic knowledge about your operating system before getting started. This includes how to navigate through the various menus and apps on your device. If you're familiar with the basics, then read on to find out how to screen record on Windows.

How To Record Your Computer Screen on Windows 10

So, how do you screen record using your Windows 10 device? It’s actually quite simple and straightforward, and it’s done through an already existing tool within the device’s preloaded apps.

Microsoft pre-loads the Xbox Game Bar on Windows devices in order to record video games, but it's also great for other uses. The screen recording tool is included in the Xbox app, which comes preinstalled on Windows 10. The latest updates to Xbox Game Bar have made it more useful, allowing you to take screenshots and even create memes.

Unfortunately, the screen recorder software doesn't work with certain programs, such as File Manager or the entire desktop; nevertheless, it does in most applications, and those from the Windows Store.

How To Screen Record With A Windows 10 Laptop Or Desktop

This process will work for most Windows 10 laptop or desktop computers. Here, we’ll detail How to screen record on laptopor desktop formats of Windows 10, and what to expect when doing so.

To start, make sure your device is displaying the apps or content you would like to record. Then, open the recording tool by entering “Xbox” into the Windows search box. From there, open the program.

To initiate the process, hold Windows + G on your keyboard. This should open the Game Bar dialog. It will contain several Game Bar widgets appear with controls for taking photographs, filming video, and recording audio.

To access the Game Bar, check the "Yes, this is a game" box. If you're screen recording a game or any other type of software, this is the related procedure.

How Do You Turn On Screen Record?

To Start screen recording with no sound, press Start Recording or Win + Alt + R. Once you've recorded your content, you must then stop it through the tool.

To stop the recording, click on the red recording bar that will be located in the top right corner of the program window. If it vanishes on you, press Win + G again to bring back the Game Bar.

That's all there is to it! The videos you've recorded, which are MP4 files, can be found in a subfolder called Captures in your Videos folder. You may also see them under the Game DVR option on the Xbox app, where you may trim and share a clip (if it's a game).

How To Set Up Screen Record With A Windows 10 Tablet

Here, we’ll teach you How to turn on screen recording for your Windows 10 tablet. This same procedure to Record your screenalso works on Windows 10 tablets, provided they have attachable keyboards. Essentially, you follow the same instructions for How to turn screen record on for laptop and desktop computers, simply with an attached keyboard through which you can execute commands.g

Alternatively, users can consider Microsoft Stream, a tool that also allows for screen recording on Windows 10. Similar to how you would have an Xbox or Microsoft Word app, this service is available as part of qualifying Microsoft 365 subscriptions.

How To Screen Record With Audio

You may also choose whether to record audio and microphone activity.

This feature of Windows 10 can be an extremely helpful time saver if you are recording a presentation or lecture of some sort. It also has the possibility to provide further convenience by allowing for more consistent access without having to attach another device just for audio.

Even better, now that you already know How to turn screen record on, this process will be quite seamless.

In the "Capture" window, you can adjust sound settings by toggling the "Audio Record" option either on or off.

This essentially follows the same process as screen recording without audio, as initially explained, however this time includes making sure that the microphone icon is on prior to starting a recording. Once again, keep in mind that if you are using a tablet with Windows 10, this will only work if you have an attached keyboard.

Many people are initially confused regarding How to do screen recordingon their device.

Although it may appear somewhat new at first, this feature of Windows 10 is surprisingly simple, accessible and easy to use. The process is quite simple when the steps outlined are taken, and knowing how to use this function can be extremely helpful for numerous purposes.

Hopefully, this will have answered your questions regarding How to record your screenon Windows 10.

Regardless of what questions or inquiries you may have about your devices, Lenovo is here to help. We have beyond the expertise necessary to help you tackle tech questions both big and small, so don't hesitate to further explore our FAQs. 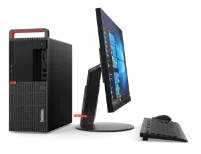