If you're shopping for a computer monitor or laptop today, you may find a new term in the display specifications: HDR. It stands for High Dynamic Range and indicates the display can accurately present video and other image content that's been saved in an HDR format, which conveys vastly more color shades and nuances than previous standards.

HDR displays are featured in some of the latest Lenovo X Series tablets and convertibles. But HDR isn't just for laptops. There are HDR TVs, HDR monitors, even HDR tablets and smartphones. The rich color detail that's possible with HDR10, Dolby Vision and other HDR formats makes the technology ideal for everything from still photography to action video to imagined game environments.

HDR video still relatively new and compatible content, while growing, is not yet abundant. For now, this makes HDR mostly of interest to photographers, video editors and other image professionals. But with Netflix and Amazon both now streaming HDR feature films and documentaries, more and more regular consumers are asking "What is HDR?"

What does HDR do to improve on earlier display technology?

What is HDR? Without getting too deep into the technical details, an HDR display produces greater luminance and color depth than screens built to meet older standards. Here are some HDR basics:

Luminance is measured in candelas/m2 or "nits" -- a term that's increasingly common in the technical specifications for both professional and consumer monitors and laptop displays. Several different standards have been published to define what can qualify as an HDR display, generally starting at 400 nits for laptops and rising to 1000 or even 10,000 nits for high-end professional monitors.

It's all in the math. Whether directly or through what's called dithering, 8-bit color depth allows for 256 different shades of each primary color, making it possible to generate about 16.5 million color variations. 10-bit color bumps the number of shade options from 256 to 1024 -- increasing the maximum color variations to more than 1 billion!

There's more to the HDR experience than just luminance and color depth, however. HDR content also includes more meta data than typical content, providing details about how to process each image or scene to achieve the intended colors. Some HDR formats use meta data to guide the display of an entire movie or scene, while other formats, such as Dolby Vision, promise frame-by-frame meta data.

Finally, do not confuse HDR with other new display-related acronyms such as Ultra High Definition (UHD) and 4K, both of which relate only to display resolution (how many lines of pixels a display contains, which in turn determines how detailed each video or still image can be). It's true that HDR is often associated with UHD/4K, but that's because for now, the technology is mostly limited to high-end, IPS displays that are best capable of presenting it.

Are there different HDR formats?

Buyers need to be aware of the different HDR formats offered by manufacturers. Here's a look at where the HDR market stands today:

Lenovo has always been a leader in introducing new laptop and monitor display capabilities, and HDR is no different. Our renowned ThinkPad X Series includes the industry's first laptop models to offer the expanded, 12-bit color of Dolby Vision HDR technology:

So, go ahead. Check out an HDR-equipped system today. Image professionals almost owe it to themselves to invest in HDR technology for its greatly improved color reproduction. And regular consumers -- including heavy movie streamers and PC gamers -- are finding more and more available HDR content, making HDR-enabled consumer systems increasingly popular, too. 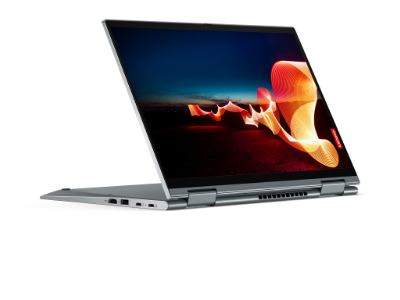