Home > FAQs > Gaming > What is the Best Processor for Gaming? 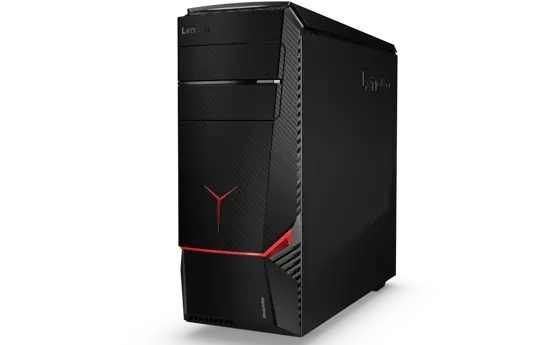 What Are the Best Processors for Gaming?

If you’re a gamer, you know that skill and dexterity are some of the most important factors when it comes to success on the virtual battlefield.

You also know, though, that equally as important is the type of gaming rig you use. There are keyboards, mice, headsets and graphics cards all designed to give you the competitive edge, but the heart of any top-notch gaming rig is the processor.

So when it comes to purchasing or building a gaming computer, what are some of the factors that provide performance in gaming and what are the best gaming processors?

The CPU, or central processing unit, is the heart of any computer. Casually called the processor, the CPU performs the mathematical, logic, input/output and controlling functions of the machine.

There are dozens, if not hundreds, of CPU designs on the market today, each designed for a variety of functions. If all you plan to do with your computer is send and receive email, create and read text documents and surf the Web, an inexpensive processor with limited features will likely fit the bill. If you plan to participate in high-stakes gaming, though, a more powerful CPU is what you’ll need.

When it comes to gaming, the graphics card handles most of the chores in terms of creating the images you see on your display. When it comes to feeding instructions to the graphics card, though, it’s the processor that handles the task. Let’s say, for example, that the game you’re playing includes non-player characters that try to attack you. In that case, it’s the processor that tells those characters what to do.

When moving through the game environment, it’s the processor that determines what happens when you perform a certain action, such as opening a door or stepping in quicksand. And if you’re playing a first-person shooter, the processor tracks your ammo and how much damage you and your opponents suffer.

Here are some of the prime considerations when choosing the best gaming processors:

Core Count- Many of today’s gaming processors have as many as 18 cores, each of which acts as an additional processor. Those cores allow the processor to handle multiple instructions at the same time. In addition to gaming, a higher core count can help improve performance with processor-intensive tasks such as video encoding.

Clock Speed- The CPU’s clock speed (or clock rate) is the number of cycles a CPU can execute in a second. Because today’s CPUs typically execute billions of cycles per second, clock speed is measured in gigahertz (GHz). Simply put, the higher the clock speed the better.

Overclocking- When it comes to processors, overclocking is the practice of increasing the clock rate beyond the manufacturer’s rating. On one hand, overclocking can improve processor performance; on the other it can increase the amount of heat the processor generates and shorten its lifespan. Gamers often want to overclock their processors to squeeze every bit of performance out of their system.

With that in mind, what are the best brands when it comes to gaming processors?

On the surface, the answer is relatively simple. There are two choices when it comes to the best gaming processors: Intel and AMD. Intel has typically ruled the roost when it comes to processors, but in recent years AMD has caught up.

When choosing which brand to go with, the answer becomes more complicated. Each company offers a number of processors encompassing a range of features and price points. That takes us to the next stage of our search.

Other Considerations for Gaming CPUs

Along with the main features of core count, clock speed and overclocking capability in a gaming processor, other factors to take into account are things such as integrated graphics, cooling requirements and upgradeability.

Some computers include a separate IGP, or integrated graphics processor; a chip that functions as a graphics card and is either part of the motherboard or the CPU itself. IGPS are typically found in older CPUs and can’t be upgraded

Although IGPs work well in computers used primarily for tasks such as word processing, their performance in gaming is limited. Unless you’re working with a very modest budget, you’ll be much happier with a rig that includes a dedicated graphics card.

Because gaming processors often run at the peak of their capabilities, cooling can become a major concern. Inadequate cooling can hamper performance and even result in damage to the system itself.

And finally, there’s the upgradeability of the processor. There are different types of CPU sockets on computer motherboards, so it will be important to identify the type of socket your motherboard has to determine what CPUs will work with your system.

How Much Performance You Need

As with anything, answering the question of “How much performance do I need?” depends on a number of factors.

At the top of the list is the type of game you want to play. Both Intel and AMD, in fact, host websites listing some of the latest games on the market and the minimum processor they recommend to run those games satisfactorily. In addition, many games offer their own processor recommendations.

Right up there is the amount of money you have to spend. Other considerations include whether or not you’d like to upgrade that processor at some point in the future.

All of the information you need regarding the processors found in Lenovo's gaming laptops and gaming desktops can be found on the Series overview pages. Simply reference the bullet points below each laptop or desktop for key information on processors, memory, battery life, and more. This can provide you with the information you need to quickly filter out the laptops that don't suit your needs, so that you can look into those that do.

Once you have found a gaming PC that interests you, you'll find additional product details – including processor, memory, and storage information – on the individual product page. When viewing an individual laptop or desktop, look under the Specifications or Tech Specs section for in-depth details regarding key components. Here you will find information relating to all technical aspects of the device.

Finally, keep in mind that once you decide on a PC, you can customize the processor on some laptops so that the device is better suited to your needs. You may choose to upgrade the processor, for example, to maximize the PC’s gaming potential, or install additional memory or storage. Lenovo makes it easy for gamers to create a device that is capable of running the latest titles without any drop in performance.